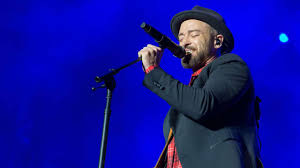 People found out he was selected for the halftime show when he tweeted, “I DO have the time. Half the time…#PepsiHalftime #SBLII @Pepsi@NFL @JimmyFallon @FallonTonight”. This tweet sparked mixed feelings. Some people were really excited, with some even asking for Janet Jackson to perform with him because of the 2004 incident.

In 2004 during the Super Bowl halftime, the incident in which Timberlake and Jackson received a lot of criticism from is they were dancing and Timberlake accidentally exposed Janet’s right breast during a dance routine. This was known as the “wardrobe malfunction.”

Timberlake admitted in an interview that Jackson took the brunt of the criticism and that he didn’t get that much criticism. “If you consider it 50-50, then I probably got 10 percent of the blame,” Timberlake told MTV’s John Norris in a 2006 interview.

140 million people witnessed this on TV, and MTV later had to post apologies for what happened and pay a fine of $600,000.

Senior Aidan Harding said, “Despite the controversy surrounding him he deserves another shot. He is by far the best performer and I am excited for the show.”

While speaking with senior Joseph Bagarella about the halftime show, I asked how he felt about Justin Timberlake performing. He said, “Justin Timberlake is the best two-way performer, I am really excited he gets to do it.”

In 2001 Timberlake’s halftime show was known as the most iconic performance when he performed with Britney Spears, Aerosmith and Nelly. This Super Bowl halftime was ranked fourth best performance, according to RollingStone.

Despite the controversy surrounding Timberlake, a lot of people have high expectations on his performance. Timberlake will be performing February 4, 2018 in U.S Bank Stadium.