This year the NAHS hockey team is looking forward to another great season. Last year the team did well and made a deep run in the playoffs, but were eventually knocked out in the second round. The team lost 11 seniors last year so it was evident for the new seniors that they had to step up and take a bigger role on the team and in games. Last year’s captains Anthony Zammiello and Brendan McHugh announced at the team banquet that Jake McNeany and Dennis Morehouse would be the next year’s captains and wished them luck in the season. Now, the time has come for the new season to start and the players are excited.

Players from the team know this year is going to be tough but they have been training hard during the offseason and are ready for the season. Senior Matt McSweeney was asked what he looked forward to the most this season and he responded, “I am really excited for the entire season this year I think it should be fun and we have a good group of guys”. 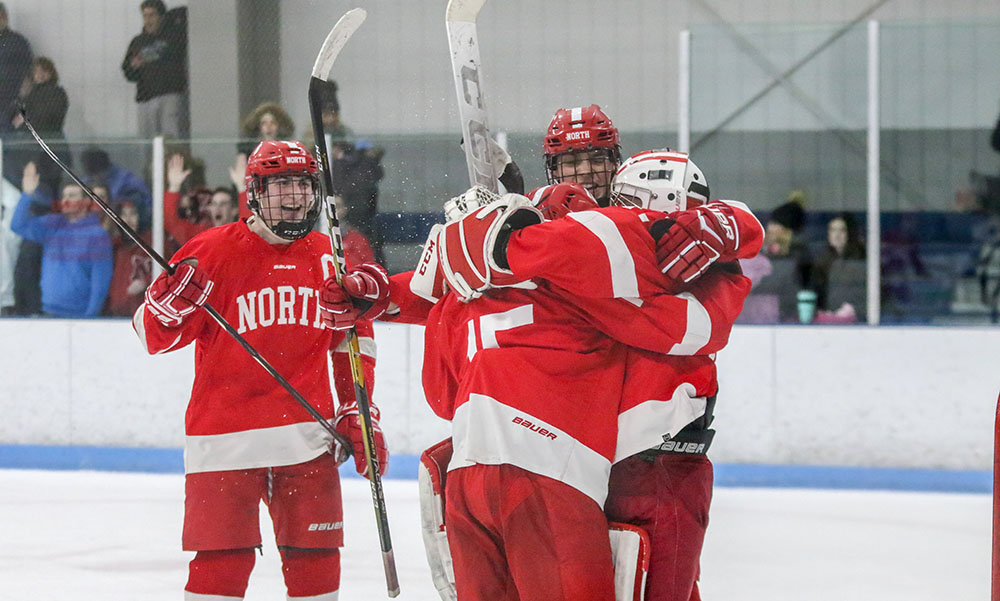 Coach Ben McManama is also very excited for the season. He said, “I am happy the season is starting soon, it’s my favorite time of the year. I love being around all the guys, it’s a great group and they are so tightly knit.”

The NAHS hockey team is expecting to have a good season with a tough schedule. The team has had an early start to help build the chemistry because most of the players played for a half-season club team to get ready for the high school season and build chemistry with their teammates. This hopefully will give the boys an advantage going into the start of the high school season.

The group has a tough season coming up even with the advantages they have. They start off the season with a preseason scrimmage with Norton High School and their first game of the season is against Smithfield at home. This game is second on the list for a must-see game because it will be a good one. Players from our hockey team are looking for revenge against a Smithfield player who injured an NAHS player Nik Kojoian and broke his leg in four places, putting him out for the majority of the season.

Another must-see game as always is the Feehan vs. North. This game for most of the fans and players is the most entertaining game of the season. The two teams always look forward to playing each other because everyone knows that it’s going to be a tightly contested game and the rowdy crowds will fill up the entire arena. The season opener is on December 21 at 7 pm.