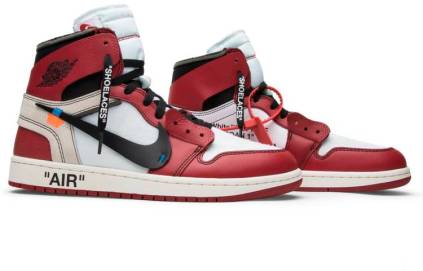 According to complex.com Virgil Abloh was offered a chance of using his Off-White label on 10 different styles of shoes, both old and new, and release them all at once. The biggest one of the bunch, in terms, sales and hype, were the Air Jordan Chicago. He added an exposed-foam tongue, a swoosh that was hanging on by a stitch, and his signature red tag. Before the release, he gave out personally signed pairs to Beyonce, Micheal Jordan, Drake, and Roger Federer.

According to compelx.com, The hype around the Nike Mags began back in 1989, with the movie Back to the Future where Marty Mcfly travels to the year 2015 to get the shoes. They were auto-lacing and had light-up soles. They were made in 2011 but without auto-lacing, however, in 2015 they finally came out with the auto-lacing shoe that made sneakerheads go crazy. There was only 89 made and they now go for $25,000 a pair.

According to complex.com, Kanye West leaving Nike for Adidas could be the most impactful sneaker moment of this decade. He cemented his legacy with Adidas with the release of the Yeezy 350’s. The shoes dropped in limited numbers at select sneaker stores and on the brand’s confirmed app. Their resale value jumped to over $1000 dollars.

According to complex.com, With Travis Scott’s recent run of fame, ever since he dropped his critically acclaimed ASTROWORLD album. The Houston born rapper has been on top of the hip-hop game and sneaker game. Every song has made climbed to the top charts making his sneakers sell out instantly. The Air Jordan 1 created the most buzz of all his shoes with the shoes now reselling for thousands.

According to comlex.com, A lot of Nike fans love Air Maxes, they love them so much that Nike created their own holiday which falls on the release date of the original Air Max on March 26. As part of the holiday in 2017, Sean Wotherspoon designed a new Nike Air Max. His new design was a big hit and sold out immediately and now they resell for around $900.